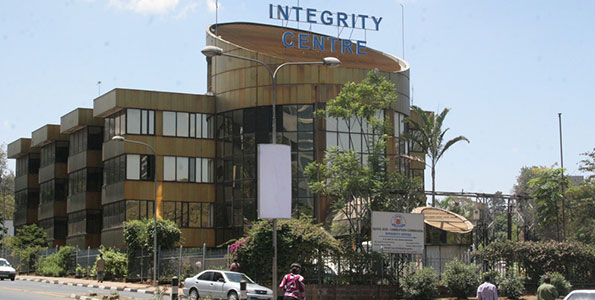 The legal framework in Kenya is equally not adaptable to the complexity of fighting graft. To start off, we need a radical shift in legislative regimes. I look forward for example for a law that reverses the burden of proof from the State to individuals in matters touching corruption. All the EACC would therefore be required to do, is reasonably allege that a certain officer has acquired wealth beyond what they would reasonably be expected, and it would fall on that officer to prove that the acquisition was lawful and just.

As the Cabinet Secretary of Education released KCPE data for 2016, there was a drastic drop of about 31% in the number of pupils who obtained Marks above 400. While it may be grossly presumptive to link wholly attribute the drop to absence of exams leakage, this number caught my attention for a curious reason. In an interview earlier in the year, the immediate former Chairperson of the Ethics and Anti-Corruption Commission Phillip Kinisu told Reuters, “Kenya’s budget is now approaching 2 trillion shillings; a third of it is being wasted through corruption.” In another research by the Aga Khan University, Thirty Percent of the Kenyan Youth believed that Corruption is Profitable, while 35% would readily give or receive a bribe.

The thirty-something percent mark reveals a dire dilemma. There is no way we will imprison our way to a corruption free nation. Instead, we need a total paradigm shift, founded on three pillars. These Pillars are, Strategic Political Will, Rule of Law & Pro-Poor Investments.

Earlier in the year, I met Professor Katherine Marshall at a governance Summit in Geneva. Katherine has wide-ranging experience researching on and working with governments to establish anti, and counter-corruption strategies. She summed up the most effective anti-corruption strategy as, Fire from above and fire from below. Fire from above meant an unwavering commitment from a nation’s top leadership, lending conscious and strategic political will to the fight corruption and creating a bipartisan alliance. Fire from below, denoted an intolerant citizen family, unwilling to listen to explanation, even sacrificing the innocent to assert zero tolerance on corruption.

We have failed on both fronts. The Political class is the author of the mess, and the people are not just angry enough yet. The President, while having tried initially to demonstrate commitment, has not offered guided leadership on the matter. The opposition on the other hand sees corruption as a tool for mobilization, setting the nation on a partisan path that heavily undermines the war.

In the current framework of governance, the Parliament forms the best place from where to launch the war. A pro-active parliament, like Singapore’s did, could adopt a National Anti-Corruption declaration that would then become the legal and policy basis for a more broad and effective approach to the war on graft. Parliament also offers a platform for easy molding of political bipartisanship. For example, a joint committee on Anti-Corruption with Core chairs from the ruling and main opposition factions can easily be formed. All the Executive would do then is to mobilize resources around a broadly agreed upon model.

The legal framework in Kenya is equally not adaptable to the complexity of fighting graft. To start off, we need a radical shift in legislative regimes. I look forward for example for a law that reverses the burden of proof from the State to individuals in matters touching corruption. All the EACC would therefore be required to do, is reasonably allege that a certain officer has acquired wealth beyond what they would reasonably be expected, and it would fall on that officer to prove that the acquisition was lawful and just. We need a legal regime that places time limits within which the investigation, prosecution, conviction or acquittal of corruption allegation should be processed. More importantly however, the most urgent need within the Kenyan legal framework to fight corruption is to simplify the approach back to the traditional, Allege-investigate-Prosecute-Adjudge model. All the stages need to reside in a single agency with defined mandates and requirements for accountability.

What we have developed currently is a multi-layered scheme that sanitizes almost every allegation that goes through it. A case that is in court, while is still being investigated by EACC and same parties appearing before Parliament creates room for delay and more compromises, creating an indiscernible web.

The poor are the hardest hit by endemic corruption. Focusing on Pro Poor Investments in a country will deal a decisive blow on Kenya’s corruption family from a multiple of fronts. The first front is, mega corruption is a high-risk venture and resides in mega projects. Pro-poor projects tend to attract less attention from cartels and have high impact. For example, as David Ndii opined in his article on January 3 2014, while we spend 30 Billion to build Thika Road, from an economic perspective, at best, the project realized no new productive capacity, rather its economic benefit was to boost the bottomlines of existing businesses. On the other hand, on 2 Billion was used to build fish ponds, yet it increased aquaculture fish production fivefold from 4,000 metric tons per year to 22,000 tons. Investing the bulk of a nation’s development budget in pro-poor initiatives starves mega-craft architects of targets and gives people dignity.

Kenya’s war on corruption is in disarray, to argue otherwise is to be deaf to the very basic of signs. This calls the nation to a better way of approach lest we eat ourselves into oblivion.