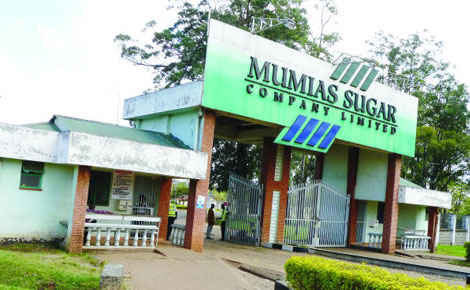 TO ASCRIBE THE POVERTY THAT BITES WESTERN KENYA TO RAILA IS PLAINLY ADOLESCENT. EVEN THE REPORT BY THE JUSTICE AND RECONCILIATION COMMISSION ACKNOWLEDGED THAT THERE HAS BEEN SYSTEMATIC POLITICAL AND ECONOMIC SECLUSION THAT ATTACHED TO VARIOUS REGIONS AT VARIOUS TIMES. AND THE LUO-NYANZA REGION BORE THE WORST BRUNT, ADMITTEDLY FOR SUPPORTING THE OPPOSITION. BUT IN A PROPER DEMOCRACY NOBODY SHOULD SUFFER BECAUSE OF WHO THEY CHOOSE TO VOTE FOR, AND COMING LATER TO MAKE IT A POLITICAL ARGUMENT IS REPUGNANT AND SAD. WAY SAD IF IT COMES FROM A SOCIETY’S INTELLECTUAL.

First, having been properly taught professional ethics by Dr. Musumba, I should declare my interest in this sugar business. I grew up in rural western. My grandfather owned a sugarcane farm, 2 to be precise. And while I did not draw so much benefits from its sale, I was a proud grandson of someone who owned sugarcane.

My villagemate, John Buluma, will also tell you, that Sugarcane was a delicacy in itself. From taking two canes when working on a farm or as lunch. In my village, there was one particular farm, Kwa Mkisii. He was a Doctor who owned a clinic, and had actually canes from his farm, were always taller, succulent and juicier, I am honestly guessing I have been repetitive in that sentence.

To cut my village tales short, I should mention that my grandfather abandoned farming sugarcane in a large portion of his land about 4 years ago, and the last time I checked, Mkisii’s farm had been replaced by cassavas.

The fact that sugar farming in western Kenya has become a source of poverty is no question. The situation is worse because the transition was uncoordinated, from farming sugarcane to empty farms under no particular use. The other aspect equally that Mumias sugar company and indeed most other millers are shells of their former self is in no question.

Growing up, Mumias had a vast out-growers base that new factories were proposed. In Busia County even the ground breaking for a new factory happened before the construction became shrouded in mystery. And with this, the dignity and economy of a region collapsed.

In a way, I am happy that the Uganda-deal happened. Because it has given focus to a situation that was absolutely dire. And which our leaders were not talking about, at least not comprehensively. That this debate has moved to personalized attacks between the Deputy President and CORD leader Raila Odinga is unfortunate and just disrespectful to the plight of farmers.

I am usually hesitant to comment on an issue without full information, but where information has been withheld intentionally one has to try a balance of objectivity from the maze of what is strewn around. The very fact of a deal being signed between the governments of Uganda and Kenya has been confirmed, just as is in doubt.

The President, by firmly confronting Raila Odinga at the Pan African Congress confirmed that the deal was signed, albeit impliedly. Yesterday watching the leader of majority Adan Duale on Citizen, he did not deny the existence of the deal. Only the Cabinet Secretary in charge of Foreign Affairs expressly denied that such ever occurred.

This confusion not so strange, a number of times the government has had uncoordinated communication. You will recall, well the President’s Social Media platforms send condolences to families of Police Officers allegedly killed at Yumbis, then the Inspector General contradicted it.

The starting point is to have an entity that can communicate with a sense of conclusion to either confirm or deny the existence of such a deal. And this by all means is a constitutional requirement. A government will only be scared to make such public if indeed it was procured not for the interest of the people.

I am firmly persuaded equally that there are mechanisms in existence allowing trade between Kenya and Uganda. And indeed, sugar from Uganda has been exported to Kenya before, why was it necessary to have another deal signed. I think protocols within COMESA and EAC allow for this trade. Was it to give Uganda preference over the other partners within the same trade block.

While this may not be expressly illegal, if that preference was to the detriment of the other trading partners, what would be the attaching consequences?

The second aspect that is unfortunate is President Kenyatta is incapable of signing a commercial deal touching on Dairy Products without creating an impression that he is furthering individual interests. This is irrespective of whether the furtherance is real or apparent. If the Presidency had insightful persons, this would be the first observation they would make.

The casual nature of how the Presidency is handles sometimes has driven the country into unnecessary tensions, and plainly made the President look bad. From being misadvised to attempt to override a court decision then ashamedly retracting, to signing laws that the court later quashes certain sections.

I think Jubilee is overly concerned with two things. Making the President look good, and showing the opposition who is in power. In the process, they resort to cosmetics as opposed to reviewing situations that the President will find himself in, thoroughly analyzing the risks, and sparing the country of unnecessary tension. I think understanding the vibrancy of the Kenyan opposition, the government is better off ensuring before they make a decision, they have evaluated with thoroughness, all aspects that may lead to endless politicking.

I am prepared to hold the Deputy President Ruto to higher expectations than Raila Odinga. For the simple reason that our constitutional mechanisms determined that he is a Deputy President. The second in command, with an ambition to actually be President.

Why Ruto has never been able to understand that escalating the war of words with Raila creates extreme tensions in the country is puzzling. I thought with the weight of office, he would at least have a sense of restraint. Leadership is not about who bullies best, or who rallies his troops best for the best punchlines, it is actually about who touches the lives of Kenyans.

What is disheartening, is that while the government has all things to its advantage, the data, the knowledge of what was discussed, being privy to regional agreements, and it would win this on the basis of facts, it has chosen a cheapened approach of rhetoric and politicking. At the expense of the country and the people direly affected by this.

Whether Raila owes Mumias 40 Million Shillings it really does not help my grandfather, what is important to him is how will large tracts of land that are now acidic due to use of Urea can be converted to growing maize sustainably. It really does not matter if Adan Duale curves the most sarcastic statement about Raila heading to Western with a Cheque, what is important is a proper response to an industry that matters so much to a region.

At this moment, both the government and opposition has cheapened the struggles of the Western Kenya people. Riding on the gullibility of the region’s elected leadership, one billion shillings was ceremoniously handed over to a factory that needs an overall restructure and re-injection of capital probably twentyfold that.

Another sick aspect of this debate is the regime’s routine use of bloggers and Mutahi Ngunyi’s of this world to insult an entire tribe. And what is even more sad, is that young politicians like Kipchumba Murkomen would jump onto this bandwagon.

To ascribe the poverty that bites Western Kenya to Raila is plainly adolescent. Even the report by the Justice and Reconciliation Commission acknowledged that there has been systematic political and economic seclusion that attached to various regions at various times. And the Luo-Nyanza region bore the worst brunt, admittedly for supporting the opposition. But in a proper democracy nobody should suffer because of who they choose to vote for, and coming later to make it a political argument is repugnant and sad. Way sad if it comes from a society’s intellectual.

What does Mutahi Ngunyi mean by saying poverty stricken Luos. Poverty is debasing, and degrading, and yes, ether are multiple Kenyans stricken by it, but to insinuate even a second that it is because of paying a political price is a pain that cuts to the heart of many Kenyans.

To the opposition, this passes just as another lesson of how not to approach issues. Across the world, oppositions that focus on criticizing for the sake of criticizing is being heavily disappointed. From the United States in the 2012 elections and the UK in 2015 elections, a pattern is emerging where the voters are concerned by the Alternative, not rhetoric.

In a Press Conference, Raila said, it is not his work to bridge the sugar deficit or fix the sugar sector. To him that is the work of the government, how simplistic. This communicates to a rather old perspective of the opposition, if the opposition is a government in waiting, criticism must necessarily be accompanied by what should be done in the alternative.

There can never be a debate between a program of government and opposition rhetoric. A debate can only be exercised in the context of two competing alternatives. And CORD need to be urged strongly, to suggest alternatives.

I will support CORD’s asking of Kenyans to boycott Brookside products because they are associated with Uhuru if Raila agrees to be personally held accountable for the debts any his company owes Mumias. We cannot build a country where businesses will suffer at the slightest show of a political controversy. This hypocrisy I recall manifested itself in the run to 2007 elections. Then ODM asked Kenyans to boycott the Safaricom IPO, yet evidence exists that at least majority senior politicians were advanced loans from Banks to purchase those very shares.

Finally, this debate has to be exercised in the context of our global reality to avoid creating impressions that somehow Western Kenya is opposed to trade with Uganda. Multiple times people from my village bike across the border to buy grains from Uganda, and Uganda is Kenya’s main trading partner. Our shortsighted fights should certainly be tampered not to compromise this reality.

And Western Kenya will be better off receiving not one billion from the state, but a proper recovery plan that includes investment in research, better farmer remuneration, a re-injection of conditioned capital to Mumias and a mechanism to hold to account those who messed the industry.

The Sugar Rhetoric: A tale of an Imprudent government and Directionless Opposition August 19th, 2015Lone Felix